Home » The Historian: A Review

This is a novel with an exciting premise – a historian researches the facts that form the basis of Dracula (Vlad the Impaler) and discovers some of the vampire history may be true and that the evil may still be alive in some manifestation. From that point the novel becomes an annoying series of first person narratives:

1. A professor writing letters to a historian to explain his research into the Dracula myth; and then the
professor disappears.
2. The historian (now a father) writing a letter to his daughter explaining all the events that happened to him after he went looking for his professor. And then the father goes missing and,
3. The daughter (who is supposed to be the narrator of the book, takes up the search for her father (and mother and the professor) at the same time. The letter the father writes for the daughter goes on and on
and on and on …

Obviously, Kostova did tons of research for this book and it shows — ALL OF IT SHOWS. The characters are supposed to be on an urgent search to save some one’s life but they feel the need to take a stroll around each city they visit and point out the historic sites. It’s as if Kostova was damned sure all her research was going to make it into the novel … even if the only thing it added to the story was 300 extra pages. All the praise heaped upon this book cites the travelogue part as to what makes
the book “more than just a horror novel”. I love critics who NEVER read horror novels commenting on what makes a good one. You want good horror novels, read authors who write them. Dan Simmons, Robert McCammon, early Stephen King (and ONLY early Stephen King), and John Farris. 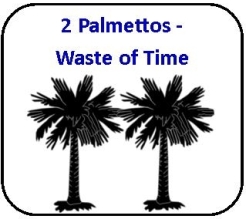