The Distinction of the Governor from the rest of our deputies is a thing rather of order than of overruling power, and he hath no more freedom thereby than any one of the council to swerve from these rules.

Gen. Clinton sent a brigade under Maj. Gen. Charles Cornwallis to pitch camp within sight of The Breach on Long Island (Isle of Palms). Cornwallis reported that the depth of The Breach at low tide, initially thought to be only half-a-yard, was in reality seven feet. Col. Willliam Moultrie had already stationed an Advance Guard of 400 men on the other side of the Breach to defend against the crossing, effectively stranding Cornwallis’s force.

Under Lt. Col. John Maitland, the British had established their defenses at Stono Ferry, located on the Stono River. British troops were camped on one side with a detachment of Hessians camped on the other side.

The British rear guard force was attacked by Patriot forces under the command of Maj. Gen. Benjamin Lincoln. Within a hour the Patriots had taken the British redoubts and the British and Hessian troops were falling back, with many causalities. The Patriots were on the verge of victory when fresh British reinforcements came up.

The Patriots attacked the Hessian camp and  immediately came under fire from a British galley in the Stono River. The Patriots returned fire on the ship, forcing it to withdraw from the fight. The South Carolina Navy schooner Rattlesnake came down the river and began to fire into the rear of the British and Hessian forces. They both turned from the Patriot force and fired upon the Rattlesnake. The Rattlesnake was able to repulse the attack, however, incurring heavy losses.

The American loss in the battle was 34 killed, 113 wounded and 155 missing. Among the dead was Hugh Jackson, brother of future President Andrew Jackson. The British casualties were 26 killed, 93 wounded and 1 missing. 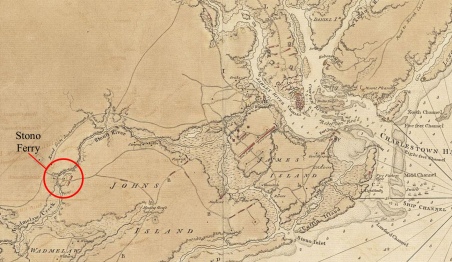 A writer named “Rusticus” wrote a letter to the editor about white anxiety over the presence Haitian slaves:

The circumstances which occasion’d their introduction gave new ideas to our slaves which the opportunities of conversation with the new comers could not fail to ripen into mischief. It may be perhaps true that the generality of those admitted were not immediately concerned in the revolt  – their hands were free from blood but they witnessed [sic] all the horrors of the scene – they saw the dawning hope of their countrymen to be free – the rapidity with which the flame of liberty spread among them …

One of the incarcerated conspirators, most likely William Paul, finally broke down and identified Denmark Vesey as the “instigator and chief of the plot.” This set off an intense, frantic two-day long search of Charleston, from wharfs to streets and buildings.

Charles Theodore Pachelbel (baptized Karl Theodorus) arrived in Charlestown. Born in Germany in 1690, he was the son of the famous Johann Pachelbel, composer of the popular Canon in D.

Pachelbel initially migrated to Providence, Rhode Island to install an organ in Trinity Church in 1733. Three years later he arrived in Charlestown and stayed until his death.

Christopher Gadsden paid £6000 currency for fifteen acres of high land (and twenty-nine acres of marsh) in northeastern Charlestown, which became known as Gadsdenboro. Today it is approximately the area that encompasses the Maritime Center and Ansonborough Field.

South Carolina legislature required all ministers and lay officials of each church to support the Patriot cause. President John Rutledge signed an act that prescribed the death penalty and confiscation of property for anyone who aided the British. Rutledge also appointed 46-year-old Col. William Moultrie, former militiaman and Indian fighter, in charge of preparing the city’s military defense.

Moultrie supervised the building of a “large fort” on Sullivan’s Island, considered to be the key to the geographically shielded harbor. A large vessel sailing into Charleston had to cross the Charleston Bar, a series of submerged sand banks lying about 8 miles southeast of the city. A half-dozen channels penetrated the bar, but only the southern pair could be navigated by deep-draft ships. A broad anchorage called Five Fathom Hole lay between the bar and Morris Island. Just a thousand yards north of that shoal loomed the newly constructed Fort Sullivan.

During the next weeks, Moultrie’s work gangs cut thousands of spongy palmetto logs and rafted them over from the other islands and the mainland. The fort’s design was described as “an immense pen 500 feet long and 16 feet wide, filled with sand to stop the shot.” The workers constructed gun platforms out of 2-inch planks and nailed them together with spikes.

Fort Sullivan was intended was to make an invasion as costly as possible, or, to prevent an invader from landing at all. Since such a fixed defensive position could not reasonably be expected to annihilate the enemy, the fort would have to be backed up by inland troops and a well-armed city.

The citizens of Charlestown learned of Judith Dutartes’ pregnancy by an unidentified member of her family and:

a warrant was issued for bringing her before the Justice to be examined, and bound over to the general sessions, in consequence of a law of the province, framed for preventing bastardy.

Captain Simmons and six men of the Charles Town militia attempted to serve the warrant against the Dutartre family and Peter Rombert.  Rombert told the family that:

God commanded them to arm and defend themselves against persecution, and their substances against the robberies of ungodly men; assuring them at the same time that no weapon formed against them should prosper.

The family opened fire on the militia as it approached the compound. Simmons realized his small group had no chance of delivering the warrant and retreated back to town, where a plan was formulated to take the Dutartres’ home by force.

Two days later, a militia of fifty men attacked the compound. Captain Simmons was killed and several other members were wounded. Within half an hour the militia had taken the property and:

killed one woman within the house, and afterward forcibly entering it, took the rest prisoners, six in number and brought them to Charlestown.

The prisoners taken were:

To read more about the Dutartre family and the Orange Quarter … go here.

Army chief of staff, Gen. Halleck, ordered the suspension of the Charleston bombardment.

“This is not to prohibit the throwing of occasional shell into Charleston, if circumstances should require. The object is to economize ordinance stores.”

John Murray, Earl of Dunmore, and governor of Virginia, issued a proclamation that promised freedom to those slaves who joined the British in the fight against the rebellious colonists. According to reports, runaway slaves flocked to Sullivan’s Island in Charleston and Tybee Island in Savannah by the hundreds. William Moultrie estimated that about five hundred slaves had found refuge on Sullivan’s Island and Stephen Bull wrote to Henry Laurens that about two hundred slaves had settled on Tybee Island.

Governor West and the Grand Council declared war against the Kussoes Tribe, living up the Combahee River. The Kussoes declared themselves allied with the Spanish and began raiding English properties. Within seven days, the English had defeated the Kussoes, killing some, and enslaving many, selling them to the West Indies.

Col. William Rhett sailed up the Cape Fear River from Charles Town with two ships, the Henry and the Sea Nymph. He was on a mission to root out pirates along the Carolina coast. In the late afternoon Rhett spotted a suspicious ship named the Royal James floating at anchor. The vessel tried to sail toward the open sea, but the Henry intervened and was able to maneuver the Royal James onto a shoal. In the process, both the Henry and Sea Nymph ran aground as well – all three ships were stuck and the tide was receding. The crews of all three vessels spent the overnight hours preparing for battle when the tide turned and daylight arrived.

The Henry was within firing range of the Royal James and as the tide gradually came in, the ships fought fiercely for two hours, cannons booming and muskets blazing. Rhett’s ships floated free first and they moved into position. The Charles Town men stormed the Royal James and overpowered the crew of thirty-five. Upon boarding the ship, Rhett discovered Stede Bonnet – wanted for the Blackbeard blockade four months before.

The Carolinians suffered eighteen dead and twenty-eight wounded. The pirates lost nine of their crew with two wounded. Most of the surviving pirates were hanged in Charles Town in November.

Gen. William Moultrie died at the age of 74 and was buried outside Charleston in what is now North Charleston in the family cemetery on his son’s property at Windsor Hill Plantation off Ashley Phosphate Road. His body was later reinterred at Ft. Moultrie.

Judge Trott wrote in defense of the Church Act: “The reason why we passed the Act to exclude them (Dissenters) from being chosen was because they never did any good there nor never do any.”

Col. William Rhett’s expedition left searching for Charles Vane. Information indicated that the pirates had sailed up the Edisto River. However, the search was in vain. Rhett found no trace of the pirates and sailed north to Cape Fear to continue his patrol. 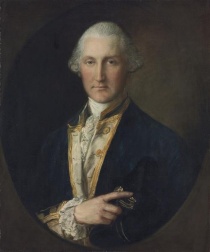 Lord William Campbell was injured on June 28, 1776 during the battle of Sullivan’s Island on board the HMS Bristol. He later died of his wounds.

Lord William Campbell discovered that Patriot leaders learned of his coordinating with back country Loyalists. Fearing attack from Revolutionaries in Charlestown, Campbell fled his house on Meeting Street in the early morning hours to HMS Tamar. This effectively ended British rule in South Carolina.

Almost immediately, Colonel William Moultrie led a local militia unit with Captain Francis Marion, seized Fort Johnson and its twenty-one guns, with no resistance from the British. Lord William Campbell, on board the Tamar, considered this action an overt act of war. The fact that this was done in plain view of two British warships, practically under Campbell’s nose, made it particularly insulting.

Moultrie was then directed by the Council of Safety to devise a flag. He chose the blue of the 1st and 2nd Regiments and the silver crescent which adorned their hats. This flag was raised over Ft. Johnson – the first American flag to replace the Union Jack.

The Union and Nullifier Parties signed a formal agreement to prohibit late night meetings and abolish free liquor to all supporters. They set a 10:00 p.m. curfew for all meetings to end. This was an attempt to limit the number of drunken brawls and shootings that had plagued the city during the run-up to the election.

Wreck of the Central America

The S.S. Central America sank in a hurricane off the Charleston coast. It was a 278-foot steamer sailing from Panama to New York City carrying 30,000 pounds of California Gold Rush-era coins and ingots – giving rise to the name Ship of Gold. Four hundred and twenty-five passengers and crew were lost. At the time of its sinking, Central America carried gold then valued at approximately $2 million. The loss shook public confidence in the economy, and contributed to the Panic of 1857.

On September 11, 1988. The ship was located by the use a remotely operated vehicle (ROV). The total value of the recovered gold was estimated at $100–150 million. A recovered gold ingot weighing 80 lb sold for a record $8 million and was recognized as the most valuable piece of currency in the world at that time. Currently only “5 per cent of the ship has been excavated.

Read an August 2014 story from Newsweek about the excavation.