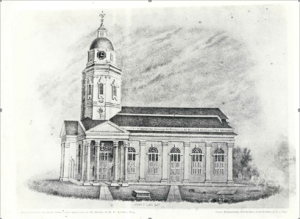 On Easter Sunday, the congregation of St. Philip’s worshipped for the first time in their new church. The structure was described as a

work of … Magnitude Regularity Beauty … not paralleled in his majesty’s Dominions in America … lofty arches and massive pillars, an octagonal tower topped by a dome and a quadrangular Lantern and weathervane soared eighty feet above the church.

The British army crossed the Ashley River and landed on the Charlestown peninsula, two miles north of the Continental lines, approximately near the present-day site of the Citadel.

Due to lack of men the Continental army could not stop the British crossing. Gen. Lincoln was so determined to save Charlestown that he gambled by keeping the bulk of the Southern Army within the city. However, he did order a light infantry unit led by Col. John Laurens to take post outside the city’s fortifications “to watch the motions of the Enemy and prevent too sudden an approach.” He also wrote to the Continental Congress:

We have to lament that, from the want of Men, we are denied the advantages of opposing them with any considerable force in crossing this river.

At the urging of Rev. Gideon Johnston, a law was passed for “Erecting a New Brick Church,” a new St. Philip’s on “the east side of Church-street, a few poles north of Queen-street.”  The Assembly realized the true entrance of the city was not by road (Broad Street) but by ship, so it was determined to build the new church closer to the harbor.

The new State House at Broad and Meeting streets opened. It was the largest and grandest building in South Carolina described as a

“two-story, large, commodious Brick Building … of about 120 by 40 feet … decorated with four … columns.” 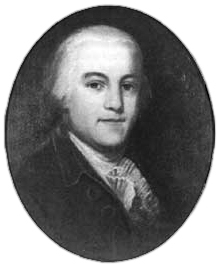 Edward Rutledge married Henrietta Middleton, daughter of Henry Middleton, one of the wealthiest and most influential men in South Carolina with 50,000 acres and 800 slaves. This marriage solidified many alliances with other prominent South Carolina families that would play important roles in the coming Revolution. 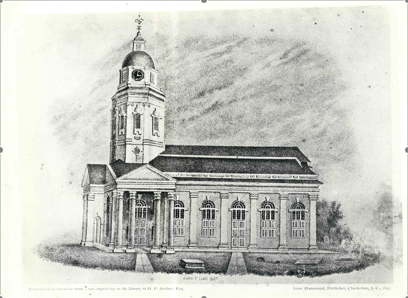 Garden was educated at the University of Aberdeen and in 1719 he went to South Carolina as the Bishop of London’s Commissary, and became rector of  St. Philip’s Church. Garden became renowned for his efforts to censor the evangelist George Whitefield and prevent his “enthusiastic” type of religious meetings from being held in Charles Town, SC.

As well as supervising other clergymen in the area he took an interest in the Charleston Free School, and established the so-called “Negro School” which was supported by the Church of England’s Society for the Propagation of the Gospel. In the spring of 1754 he retired and went to live in England, but soon went back to the warmer climate of South Carolina and died there in 1756