Anne Bonny exposing her breast before killing another pirate, as a mean of humilation.

Anne Cormac Bonny Burleigh, former pirate, died at the age of eighty-two. Known as Anne Bonny, she was one of the most infamous pirates during the Golden Age.

Bonny ran away from Charles Town as a teenager to the Bahamas where she hooked up with Calico Jack Rackham and  later another female pirate, Mary Read. They were one of the most unusual pirate crews in the Caribbean.

A Jury of Inquest was held yesterday, on the body of an African woman, found floating at Craft’s north wharf. The jury brought in a verdict that she came to her death by the visitation of God and supposed her to belong to some of the slave ships in the harbor, and thrown into the river, to save expence (sic) of burial.

Reuben Roberts, the British Negro sailor, imprisoned in May 1852 sued the sheriff of Charleston, Jeremiah D. Yates, for “for assault, battery, and false imprisonment, the damages being laid at four thousand dollars.” It was a direct challenge of the 1835 Seaman’s Act. 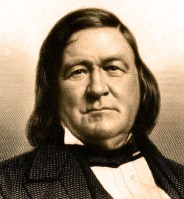 Roberts was represented by the firm Petigru and King, and the sheriff was defended by Attorney General Issac Hayne, with Christopher Memminger and Edward McCready as special counsel.  The Charleston Courier reported:

Although in form an ordinary private action for damages, it is known to all that the case involves and depends upon the constitutionality and validity of the several laws of South Carolina relating to the colored seamen and immigrants …

Ultimately, Petigru won a decision in which British Negro sailors were allowed to stay on board their ships while in port and not arrested.