The cornerstone of St. Michael’s Church was laid. 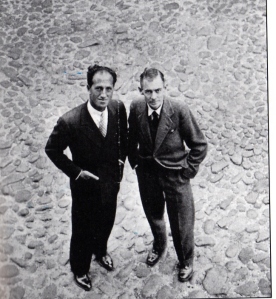 In a letter to Dubose Heyward, George Gershwin reported that “I have begun composing music for the first act, and I am starting with the songs and spirituals first.” He then asked Heyward to join him in New York so the work could be expedited.

Over the next two months, while living in a guest suite of Gershwin’s famous fourteen-room house at 132 East Seventy-second Street, Heyward wrote the lyrics for almost a dozen Gershwin compositions, including “Summertime,” “A Woman Is a Sometime Thing,” “Buzzard Song,” “It Take A Long Pull to Get There,” “My Man’s Gone,” “It Ain’t Necessarily So” and “I Got Plenty of Nuttin’.”

Charles Town had been thrown into terror at reports of pirate ships off the coast. Governor Johnson Colonel gave a commission to Colonel William Rhett to organize an expedition to protect Charles Town against  Charles Vane, rumored to be in the area. Two sloops were pressed into service, the Sea Nymph (eight guns and seventy men) and the Henry (eight guns and sixty men.)

Rev. Charles Woodmason returned from England, and was assigned to St. Mark’s Parish on the South Carolina frontier. It was rough country. The parish had a growing population, yet had few roads and even no amenities. Woodmason’s circuit included 26 regular, periodic stops in the parish. In two years he traveled 6,000 miles. He found very little in backcountry life to his liking. The people lived in open cabins “with hardly a Blanket to cover them, or Cloathing to cover their Nakedness.” Their diet consisted of “what in England is given to Hogs and Dogs” and he was forced to live likewise. He wrote:

They are very Poor – owing their extreme Indolence for they possess the finest Country in America, and could raise by ev’ry thing. They delight in their present low, lazy, sluttish, heathenish hellish Life and seem not desirous of changing it. Both Men and Women will do any thing to come at Liquor … rather than work for it – Hence their many Vices – their gross Licentiousness, Wantonness, Lasciviousness, Rudeness, Lewdness and Profligacy. They will commit the grossest Enormities, before my face, and laugh at all Admonition. 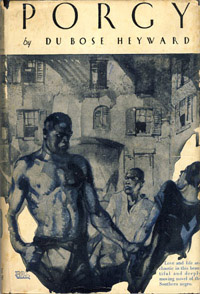 Dubose Heyward’s novel Porgy was published. The story of a crippled beggar on the streets of Charleston was notable because it was one of the first major novels written by a white Southerner through the viewpoint of black characters.

During a dice game, Porgy witnesses a murder committed by a rough, sadistic man named Crown, who runs away from the police. During the next weeks, Porgy gives shelter to the murderer’s woman, the haunted Bess, in the rear courtyard of Catfish Row, a rundown tenement on the Charleston waterfront. Porgy and Bess fall in love. However, when Crown arrives to take Bess away Porgy kills him. He is taken in by police for questioning for ten days. He is released because the police do not believe a crippled beggar could have killed the powerful Crown. When Porgy returns to the Row, he discovers that while he was away Bess fell under the spell of the drug dealer Sportin’ Life and his “happy dus’.  She has followed Sportin’ Life to a new future in Savannah and Porgy is left alone brokenhearted.

Edmond Thornton Jenkins died in Paris at age 32 from pnemonia, due to complications from surgery. The son of Rev. Daniel Jenkins, founder of the Jenkins Orphanage, Jenks (as he was called) had graduated from the Royal Academy of Music, was living in Paris as a musician, playing in jazz clubs and working as a composer.

Let us remember this: he not only knew music but at all times insisted on its integrity. For him there was no short cut to excellence. He wanted the classic and he was willing to work for it. He felt, moreover … that there was little creative work in the mere transcribing of Negro melodies. For him it was the business of a composer to compose, and he did so … The music of the Negro and of the world suffered signal loss in the early death of Edmund T. Jenkins of Charleston, South Carolina.