Here is a diverse and fun viewing list of 12 movies and TV shows to watch during the TWELVE DAYS OF CHRISTMAS. The traditional 12 DAYS start on Christmas day and runs to Jan. 5 – Christmas to Epiphany. But, choose your own time frame, and for twelve consecutive nights here is your viewing list.

Day One: A CHARLIE BROWN CHRISTMAS

This never gets old and never fails to charm. Just listening to the music of the great Vince Guaraldi makes it feel like Christmas.

An obscure film, which should be a holiday tradition. Set in 1944 France, an American Intelligence squad locates a German Platoon in the Ardennes wishing to surrender rather than die in Germany’s final war offensive. The two groups of men, isolated from the war at present, put aside their differences and spend Christmas together before the surrender plan turns bad and both sides are forced to fight each other. Sad, but powerful.

To me, one of the better modern Christmas movies. Funny and sweet. Tim Allen is wonderful as the befuddled new Santa.

Day Five: THE SHOP AROUND THE CORNER

The great pairing of Jimmy Stewart and Margaret Sullavan in a quirky romantic comedy set in Budapest during Christmas season. This was the basis of the Tom Hanks / Meg Ryan remake You’ve Got Mail, which is an excellent update. If you’ve never seen it, you’ve missed one of the great Jimmy Stewart performances. 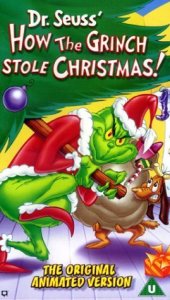 NOT the Jim Carrey / Ron Howard-directed disaster, but the REAL Grinch narrated by Boris Karloff.

Mulder and Scully visit a rumored haunted house on Christmas Eve and get more than they bargained for. One of the all-time great episodes of a great TV show. Funny, scary and romantic at the same time.

Day Eight: THE NIGHTMARE BEFORE CHRISTMAS 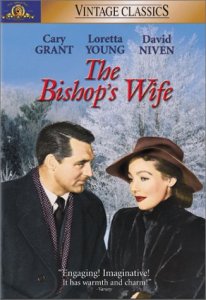 NOT the Whitney Houston remake, but the original 1947 Cary Grant classic. Funny and irreverent while being very mainstream traditional. Grant is sparkling!

This follows the ups-and-downs of several characters’ lives in London in the weeks leading up to Christmas. Alternately hilarious, sad, touching, heart-breaking and joyous.

One of the all-time great movies, period. It is a testament to everything Christmas embodies: family, friends and the joy of life.

THE Christmas movie. The story of a young boy’s epic quest to get his hands on a Red Ryder BB gun provides the hilarious backdrop for a timeless tale rife with family hijinks, frozen tongues and, of course, sex-oozing leg lamps.

Bob Hope died today (July 27) in 2003 at age 100. One of the most popular, and recognizable entertainers in the world  he performed in vaudeville, on Broadway, was a huge movie star, was a  fixture on television for 50 years and performed 57 USO tours across the world in front of American soldiers. And yet, he went out of his way to spend three minutes with me in 1978.

I was a student at Francis Marion College in Florence, SC and working part-time on the campus grounds crew. It was a Saturday morning in late September and I was mowing the grass around the Smith University Center – Bob Hope was performing later that night. As I was mowing a large tour bus pulled up to the Center (200 feet away) and several people got out, including Mr. Hope. Everyone else entered the building, except Hope. He shaded his hand over his eyes and walked across the parking lot to where I was mowing.

As he approached I switched off the mower. He stuck out his hand, “Hi, I’m Bob Hope. Are you a student here?”  he asked. When I said I was, he asked me, “What are you studying?”

Over the next few minutes he asked me “Where are you from?” and “What are your plans after graduation?” Then he said, “Whatever else you do, make sure you travel and see some of the world and America. Good luck, young man.”

As he turned to leave I managed to say, “Mr. Hope, it was an honor to meet you.” He stopped and said, “Well, I thank you, but I’m just an entertainer who got lucky. I’m not that important.”

“Mr. Hope,” I called out, “who’s the sexiest woman you’ve ever performed with?’

Without a pause he called out, “Ann Margret!”  and he waved and strolled inside the building.

About five minutes later one of his staff people came out and brought me a bottle of Coke. “Mr. Hope said to make sure you got this,” the staff member said.

Not only was Bob Hope an American treasure, he admitted what every American man knows … Ann Margret is smokin’!