The Townshend Acts were passed by Parliament, placing new duties on paper, paint, lead, glass, and tea that were imported into the colonies – items that were not produced in North America and that the colonists were only allowed to buy from Great Britain.

The Gazette announced that the “mechanics of Charlestown are desired to meet under the Liberty Tree on Monday next at four o’clock.”

Early in the morning the British set the grounded Actaeon afire and abandoned it. The Americans sailed out to the burning ship and fired several of its guns at the departing Bristol. 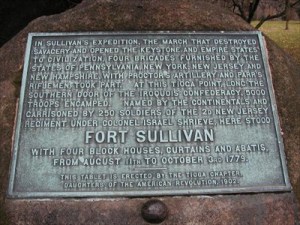 The South Carolina soldiers searched Sullivan’s Island and “gathered up more shot, from 24-pounders down to the smallest size, that they had fired.” The British shot had destroyed almost all of the island’s huts and trees but Ft. Sullivan stood almost undamaged. Parker and Clinton evacuated the area in late July and began to blame each other for their defeat.

President Rutledge visited Ft. Moultrie to congratulate the garrison. He presented his sword to Sergeant Jasper for heroic actions and gave the men a hogshead of rum. Col. Moultrie was promoted to general, and Rutledge announced the Ft. Sullivan was to be renamed Fort Moultrie.

It is difficult to over-emphasize the importance of the June 28 victory at Sullivan’s Island. When word reached the other American cities, it was seen as an early sign of the American capacity to oppose the British at arms.

It was important to get the news to the Continental Congress as quickly as possible. Normal dispatches often took two or three weeks to travel to Philadelphia. Seventeen-year old Daniel Latham, “a very athletic young man” who was a distiller at 1 Hasell Street, set out early in the morning on horseback toward Philadelphia, spreading news of the victory everywhere he went. Within two weeks he arrived and announced to the news of the Sullivan’s Island victory.

Edward Rutledge, at the Continental Congress in Philadelphia, expressed his reluctance to declare independence from Britain. Contrary to the majority of his Congressional colleagues, Rutledge advocated patience with regards to declaring independence.

Charles K. Prioleau was a native Charlestonian and senior partner of Liverpool merchants and bankers Fraser, Trenholm and Co, Read more about Prioleau’s life. Today he wrote to George Trenholm, ten days after the CSS Alabama was sunk at Cherbourg by the Federal navy.

We are much depressed at the loss of the ‘Alabama’ particulars of which you will have received etc this through the newspapers.  It was certainly a gallant act, but to unprofessional eyes looks a very unnecessary one.  However Capt Semmes probably knew best and there is no help for it now.  On the other hand the political effect has been good and the most profound sensation and sympathy has been produced by the action both in France and England.

We continue deeply anxious for the result of the continued bloody & momentous struggle in Virginia but have so far every occasion for profound gratitude for the position held by our armies and our light loss compared with that of the enemy.

With much affectionate regard from all to all

Yours most sincerely CKP

During the War, Prioleau served as unofficial banker to the Confederate States government in England. The Confederacy deposited funds with his company and the firm financed the purchase of ships, arms, ammunition and other materials for the war effort. Prioleau also acquired and outfitted sixty-five ships which were subsequently engaged in blockade running and disrupting Northern shipping.

Early in the War he took an option on ten, large steel-hulled ships available for two million pounds sterling. Prioleau’s proposal to Gen. Beauregard to use these ships to blockade Boston and possible win the War was never accepted.