The saga of Creedence Clearwater Revival (CCR) is heartbreaking – a talented, yet business-naïve songwriter and musician becomes a national icon and gets screwed by a soulless sleazy CEO of a record company. This is a story that we have heard a hundred times, but the sad saga of John Fogerty and CCR IS the most agregious. 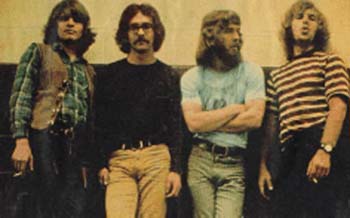 I’ve hear this story through the years – in bits and pieces. Some of the bits were told by former (and self-serving) band members. While other pieces showed up in news stories about trials and accusations. But now, the man who was not only the creative force of CCR, but also the man who persistently fought against this soul-sucking injustice finally tells his side of the story!

As a teenager, John Fogerty (with his brother Tom, Stu Cook and Doug Clifford) signed away most of their money and copyrights to Saul Zaents and Fantasy Records. John has spent much of his life and energy fighting the injustice. Fogerty hit rock bottom in the late 70s and 80s but with a new wife who gave him new perspective and energy, he returned. 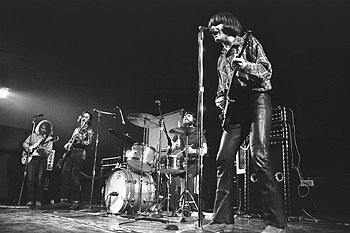 We’re all familiar with CCR. Some of rock and roll’s most iconic songs were written by Fogerty (most within a 2 year period!) like “Proud Mary,” “Run Through The Jungle,” “Fortunate Son,” Green River” and “Who’ll Stop The Rain?”

The book often comes across as bitter and vindictive, but when you hear Fogerty’s side, no one could hold that against him. His relationships with former band members of CCR were almost always strained, due to Fogerty’s ambition and impatience. He was the one with the most talent; he also had the vision and the drive.   But in Fortunate Son Fogerty is pretty much a straight shooter.  He is very critical of himself. 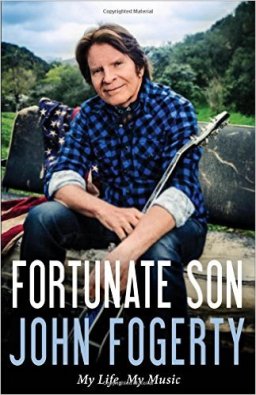 The section of the book which details the madness of 1967-70, when CCR turned out classic LPs and dozens of great singles is worth the price of the book for anyone who loves music. Fogerty is quite egotistical about his musical skills, and bit of a control freak. He often goes out of his way to bad-mouth former band members.

The theft of Fogerty’s royalties was only the “tip of the iceberg” of the evil machinations of Saul Zaentz. At his advice, the band members agreed that their share of revenue be placed in an offshore bank to avoid paying taxes and lost most of the money completely. During this time Fogerty’s fell into alcoholism and despair, but managed to recoup and start a successful solo career with the LP “Centerfield’.

The next part of the book was the most compelling, – Fogerty suing Fantasy Records all the way to the US Supreme Court. The scene where Fogerty sits in the court room with his guitar and describes how he wrote this song, versus this other song … is priceless.

For music lovers … this is a must read!