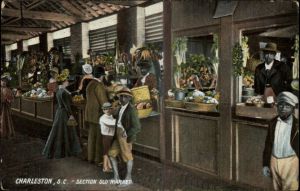 Plans for a “City Market” began to take shape when six prominent citizens donated land to the city to build the new street. Much of the property was a canal created by building up the banks of a tidal creek that ran from the Cooper River to Meeting Street. The donors gave the city four years to fill the canal property from Meeting to Church Street and six additional years to fill it from Church to East Bay. The donors were:

The canal was to be filled to make the street 33 feet wide and divided into what is now North and South Market Streets, with spaces along each side of the canal about 33 feet wide as well.

Andrew Jackson took the oath of office as President of the United States and John C. Calhoun was sworn in as Vice-President. Calhoun was only one of two men to serve two consecutive terms as VP for two different presidents. Two times a bridesmaid, never a bride. The other was George Clinton who served as V-P for Thomas Jefferson and then a term for James Madison. 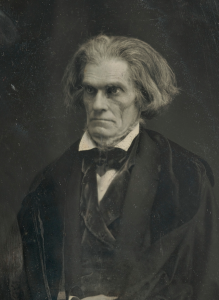 One thought on “Today In Charleston History: March 4”