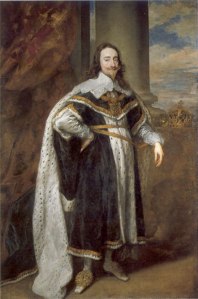 King Charles I was found guilty by a court of Puritans. When given the opportunity to speak, Charles refused to enter a plea, claiming that no court had jurisdiction over a monarch. He was convicted of treason and sentenced to death.

Eleazar Phillips, a bookseller, binder and printer arrived in Charlestown from Boston, the “first Printer to his Majesty” in Carolina.

More than 220 citizens of the District between the Broad and Catawba Rivers petitioned the Assembly for “removal of the seat of government, county courts, a college, a revision of the state constitution and tobacco inspection warehouses.” They asked that the new capital “be fixed as centrical as possible for the ease and convenience of the community at large.”

John Lewis Gervais presented a plan to move the capital to Friday’s Ferry on the Congaree River. His plan called for the division of 640 acres near Friday’s Ferry into half-acre lots. The legislature passed “an act to appoint Commissioners to purchase lands for the purpose of building a town and for removing the seat of government thereto.” The new town would be named Columbia.