Congress ratifies the Treaty of Paris, officially ending the American Revolutionary War. The treaty was negotiated in 1783 by Benjamin Franklin, John Jay, John Adams and Charleston’s own Henry Laurens, who had been imprisoned in the Tower of London as a traitor to the King. The secretary for the American delegation was Lauren’s teenage daughter, Martha Laurens (later Ramsay). 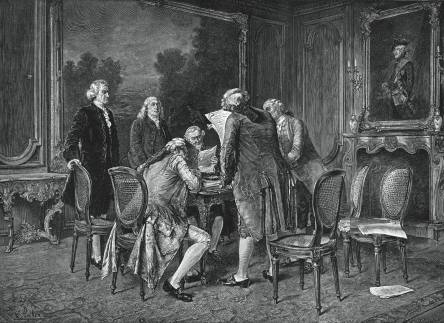 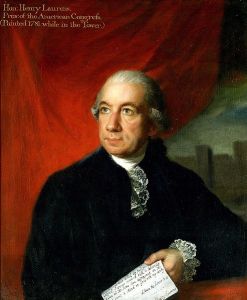 Henry Laurens returned to Charleston. He had been absent for more than five years as a prisoner of the British.

In 1780, the Continental Congress appointed Laurens as American minister to the Netherlands, in order to procure financial support for the Revolution. Laurens was captured by the British on the open sea, declared a traitor and imprisoned in the Tower of London for 16 months, where his health steadily deteriorated.

After his release, Laurens spent the next two years recuperating in Europe. Upon his return to South Carolina,  he wrote that he had “become a stranger in my native land.” He estimated that damage to his property exceeded £40,000.

Fire of enemy on city for last two days has been almost continuous … Although averaging over 100 shots a day, only one person wounded … enemy threw yesterday 273 shells at city; over one fourth fell short; some ranged nearly five miles. Two fires occurred; not much damage; nobody hurt.