An agreement between North and South Carolina Assemblies declared their border “to begin 30 miles southwest of the Cape Fear river, and to be run at that parallel distance the whole course of said river;” This was the beginning of a border issue not officially settled until 1905, and maybe not even then. In 2013 there was a court case over a boundary issue between the two states. 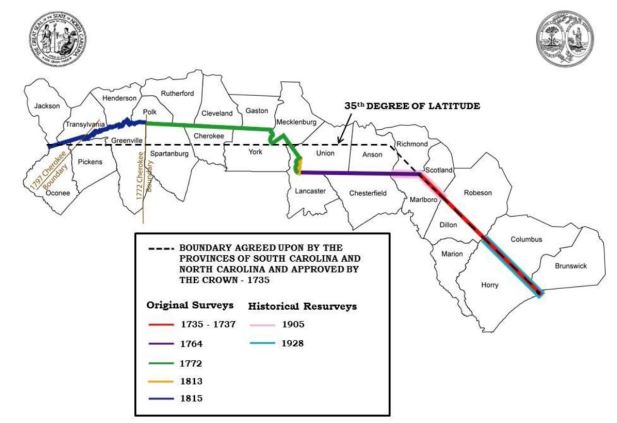 The South Carolina Gazette published its first edition under the editorship of Thomas Whitmarsh, under a franchise with Benjamin Franklin. The paper advertised it “contained the freshest Advices Foreign and Domestick.”

In a letter published in the South Carolina Gazette, Hugh Bryan blamed the recent fire as “part of God’s wrath against the Church.” He called priests “thieves and robbers who did not follow the Foot-steps of our true Shepherd, but coveted the Fleece only.”

Bryan was a religious zealot who was involved in George Whitefield’s “Great Awakening”. One of Whitefield’s themes was the hierarchy of the Church of England, a theme which Bryan passionately embraced.

The New England Society of Charleston was organized at the Carolina Coffee House (corner of Tradd Street & Bedon’s Alley.) New England merchants were coming to Charleston to purchase cotton for their mills and the coffee house became their meeting place for business and entertainment.

One thought on “Today In Charleston History: January 8”