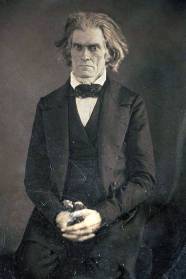 Calhoun as an elder statesman

John C. Calhoun was elected vice-president of the United States by a large margin, with 182 electoral votes. He had doubled his chances of winning by running on two tickets, with both Andrew Jackson and John Quincy Adams.

John C. Calhoun was reelected to the vice-presidency with an electoral college vote of 171.

Although the outer walls of Fort Sumter were finished only about 80 % of the interior work and the mounting of guns had been completed. Of the 135 guns planned for the gun rooms and the open parapet, only 15 had been mounted.

Christopher Columbus Bowen (see the November 4 post for his story) was admitted to the South Carolina House of Representatives despite the fact that he had committed “an infamous crime.” Bowen was married to Susan Petigru King of Charleston. Soon after their wedding Tabitha Park, a manger of brothels, appeared on the scene. Park claimed that she was, in fact, Bowen’s real wife. According to Park, Bowen left her three-years earlier in order that he might live in “open adultery with another woman.” Bowen offered a settlement of one thousand dollars, but Park suspected a member of the United States Congress could do better than that. A bigamy trial followed and Bowen escaped conviction because one member of the jury would not find him guilty mainly because the juror “had been well rewarded beforehand for agreeing to hang the jury.”

A woman named Frances Hicks then appeared before a federal grand jury. She claimed (and had evidence) that Bowen had actually married her, in 1852. This time, the jury took only twenty minutes to reach a verdict and Representative Bowen was found guilty as charged. Susan Petigru dramatically offered up herself for sentencing, as a substitute for the person who was claiming to be her current husband. She also informed the court that she could not part with Mr. Bowen because he was “too pure” and “too good.” Bowen was sentenced to two years in the Albany penitentiary and fined two hundred and fifty dollars.

Susan Petigru sought help directly from the White House. When President Grant declined to see her, she took it upon herself to seek a letter of support from General Sherman. She then followed the Grants to their summer home in Long Branch, New Jersey. There, she managed to get the ear of Grant’s wife, Julia Dent. Less than a month after Representative Bowen’s conviction, President Grant signed a “full and unconditional pardon” for his fellow Republican.

Grant’s clemency warrant stated the Representative was “innocent of any intentional violation of the law” and “acted in good faith believing his former wife to be dead.” The warrant also gave Bowen credit – amazingly enough – for rendering “good service” to “the cause of the Union during the late rebellion and since its termination.”

The South Carolina West Indian Exposition opened. More than 22,000 people attended on the first day. See the official guide of the Exposition. 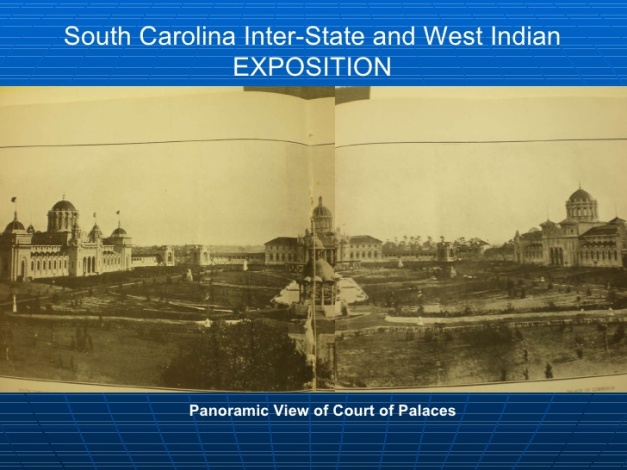