Governor Johnson wrote to the Commissioners of trade and expressed his apprehension that “the pirates who infest the coast in great numbers would be much irritated” at the actions of Col. Rhett. (Rhett had recently captured the pirate Stede Bonnet who had blockaded Charles Town harbor with Blackbeard.) Johnson again asked for a permanent vessel be sent for the protection of the Carolina coast. 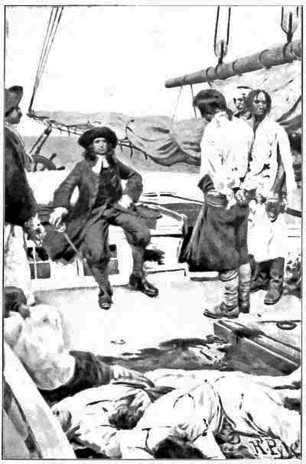 Almost immediately, word arrived that a pirate ship named Cape Fear, captained by Christopher Moody, was off the bar with a vessel carrying fifty guns and 200 men. Moody was infamous for giving “no quarter” (sparing of lives). The news spread across the city like wildfire.

The Council approved Johnson’s request to outfit four ships – the Mediterranean (twenty-four guns), the King William (thirty guns), the Sea Nymph (six guns) and, ironically, Stede Bonnet’s former pirate vessel, the Royal James, was outfitted to hunt down pirates. The Council asked for volunteers, promising them a share of all the booty that might be taken.

Henry Laurens was elected Minister to Holland by the Continental Congress. He was to procure a $10,000,000 loan to finance the war effort.