At the request of James Oglethorpe and through the offices of the Society for the Propagation of the Gospel, John Wesley and his brother Charles sailed from Kent, England on the Simmonds to Savannah, as minister to the new settlers.

The Legislature announced the sale of several hundred chests of tea, which had been stored in the Exchange basement for three years. The tea had been seized from the ship Magna Carta in June 1774. The money from the sale of the tea was used in support of the Patriot cause in South Carolina. 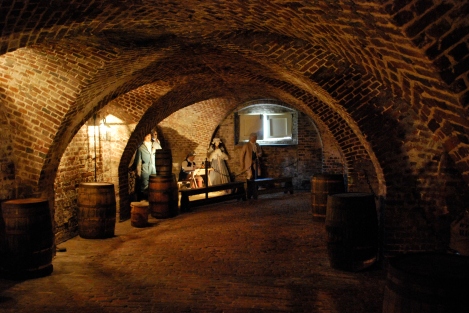 The basement, or “dungeon” of the Exchange.