The Broad Street Theater reopened 1815 under the management of English actor Joseph Holman. He planned a network of southeastern theaters with a large company rotating among such cities as Norfolk, Augusta, and Savannah. Upon Holman’s death in 1817, his son-in-law Charles Gilfert took over.

Broad Street Theater at Broad and New Streets, destroyed by the 1861 fire.

Augustine Thomas Smythe was born in Charleston, the son of Presbyterian minister Rev. Thomas Smythe. Gus grew up to become an important character in the history of Charleston, an eyewitness to secession and documenting the Federal bombardment of 1863-65 through a series of letters.

The notorious and open red light district of Charleston, SC was officially closed. Commercialized vice, an Charleston tradition since the early 1700s was wiped out through a combined pressure of federal officials, anxious to protect the many soldiers and sailors who are stationed near Charleston, and Mayor Hyde, a Baptist elected on a reform ticket.

During a large raid, Charleston police and federal officials arrested 54 “fornicators” and closed eight brothels. Within three weeks, the “segregated district” was so quiet that property owners began to complain that the “anti-vice campaign had been too successful.”  (I wonder if members of the current Chas. City Council have read about this time period when they shut down the night life with bad results?) 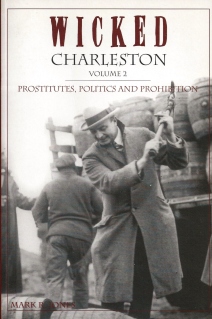