Home » Book reviews » CITY OF THE SILENT: A Review 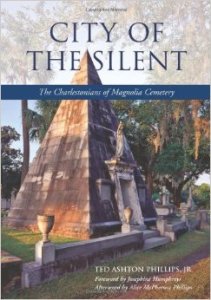 Magnolia Cemetery is one of the greatest unknown treasures in Charleston, South Carolina. Hopefully, this book will help spread the word. For years, I’ve been hearing about this manuscript. People waxing enthusiastically about “this manuscript Ted has about Magnolia.” They kept promising it was going to dig up some dirt of those buried there (pun intended). I even ran into a couple of people who had a copy of it and promised to let me read it … to no avail.

I met Ted once in passing, through a mutual friend – it was a mere introduction, “hello”, “how are you?” and it was over. Within a year he was gone, so I never had the chance to discuss this work with him.

I have spent many pleasant hours wandering beneath the oaks and Spanish moss and taking hundreds of photos. Magnolia is thoroughly Southern (and soooo Charleston), filled with Gothic flourishes and amazing history etched on the headstones. When tourists ask me what is the one thing to see in Charleston my answer is always “Magnolia Cemetery.” 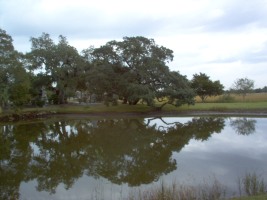 City of the Silent is a simple book – several hundred concise bios of some of the notables buried in the cemetery. If you’re a Charleston history neophyte, you will learn some interesting stuff. There is a preponderance of Civil War figures (of course!), politicians, writers of questionable importance, society belles, gangsters, lawyers, and one madam. One. So much for the dirt.

If you’re a Charleston history nut (guilty) … you already know most of this stuff. So I was (and I am) a bit disappointed with the info contained within – most of it is already available in published form in one book or another.

However, the book is worth it’s hefty cover price (well, almost) for the map of the cemetery and the locations of everyone mentioned. With this book in hand, and the map you can take a stroll and find the graves and read the stories. And that is what you should do with it. Read it, mark your favorite people (see my list below) and then take a trip to Magnolia Cemetery and spend an afternoon in the tranquil presence of history – scoundrels and heroines – and everything in between. 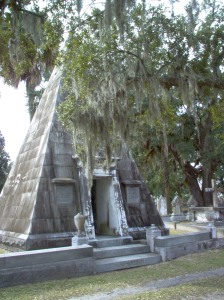 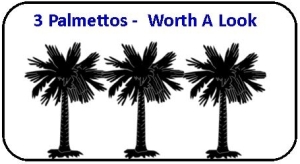